While most proclamations are intended to celebrate a date that comes and goes, Reed has declared September 12th of each year hereafter to also be Children’s Museum of South Dakota Day – a first for the city.

“The Children Museum of SD has had a huge impact on Brookings and that impact will continue on forever,” Reed said. “That is why I ask all of Brookings to celebrate the Museum once a year.”

Originally opening its doors to the public on September 12th, 2010, the Museum has already welcomed more than a half-million visitors in less than five years. While area residents continue to enjoy the Museum, many of the guests are tourists or out of town visitors.

The Mayoral Proclamation reads, in part:

“…Visitors from all 50 states and numerous countries have enjoyed the memorable, fun and educational experiences the Museum provides; and, Whereas: the Museum receives ongoing local, regional, national, and international recognition. The Museum contributes significantly to the economic impact of tourism for the city.” 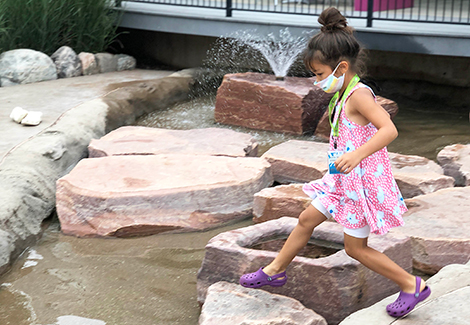