The following is a continuation of the Innovation Learning Lab series. Read on to learn about how asking questions and empowering learners can create the opportunity for world-changing conversations.

To many people, culture is synonymous with ethnicity and language; but, culture is more than that. Culture is ethnicity, language, region, family-style, belief systems, personality and so much more. No doubt, this too is what second-graders from Hillcrest Elementary believed. But with a short exploration into personal culture, these children found that among the differences we can find similarities and that maybe our neighbor is not so different from ourselves.

Culture is ethnicity, language, region, family-style, belief systems, personality and so much more.

When Hillcrest Elementary began coming to the Children’s Museum of South Dakota for Innovation Learning Lab in January, we split into 3 interest areas chosen by popular vote back at the school. The topics these second-graders wanted to explore were: culture, the solar system, and animals. Each topic was very broad but gave a starting point for facilitators, and children chose which topic best suited their interest, so groups were not equal in size. 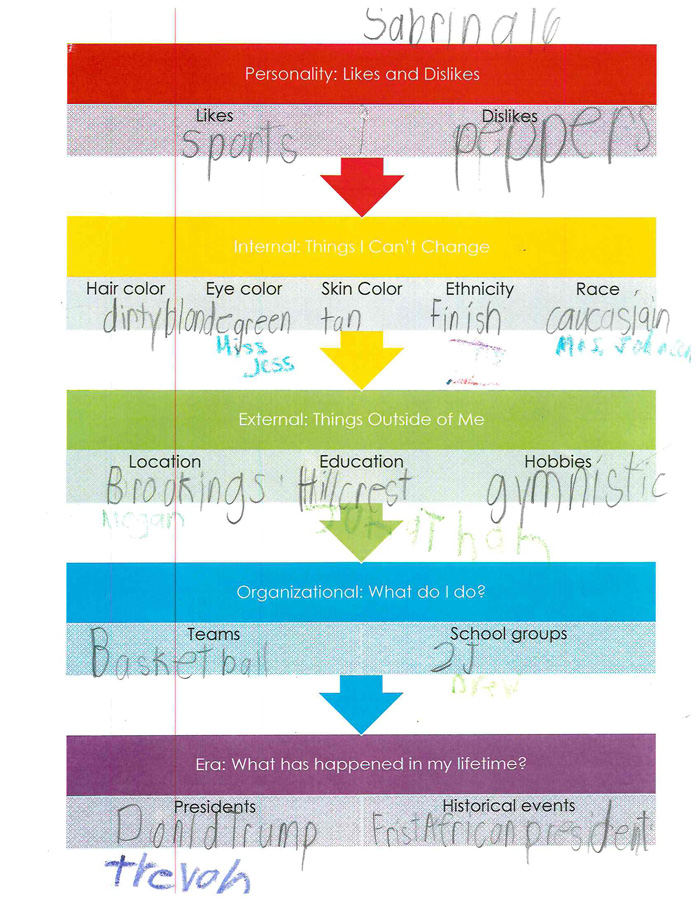 The culture group was small but mighty, with only 8 students out of 54 choosing it. The group chose to answer the following question: How can we help museum guests learn about other cultures?

The first barrier we had to overcome was the children’s belief that culture was only defined by language and skin color. This is a misconception of many adults and children alike. Your culture is made up of language and ethnicity, but it is also where you live, your family style, belief system, personality and more.

To develop an understanding of personal culture, we began with an activity that would introduce the kids to their own culture. Students filled out aspects of personal culture such as likes and dislikes, hobbies and life events, and then they were challenged to find something they had in common with another friend, with the goal that at the end they would find a commonality with every other child in the room.

We then went down to the museum exhibits to see where we felt like we fit in the museum. Children were asked to return with an item that made them feel connected to the museum. They returned with everything from chicken eggs to soccer balls. After discussing why they picked their object, they were asked, “Are there any areas where you don’t feel like you fit in? Are there other people who may not feel like they belong here?” and “What types of people might feel like they don’t fit in?”.

As the children spouted out responses, we compiled ideas about how people might feel like they don’t belong. Then we set out on a task to find groups of people we should represent more and how we could represent them better in the museum.

But how could we pick which cultures we should represent? Students were tasked with finding a country from each continent to represent in a new exhibit. With the help of second-grade teacher Mrs. Johnson, students poured over the Brookings census to find from which countries Brookings has the most immigrants. We brainstormed together to decide how best to get information to museum guests and came up with 3 ideas: we could provide the museum with additional books, informational posters or a new exhibit. The students felt that we should ask the museum patrons which of the three they would prefer and together we made a survey that was placed at the front desk. After two weeks of gathering data, the surveys revealed that most patrons would prefer an exhibit to learn about other cultures and so we began our exhibit design. 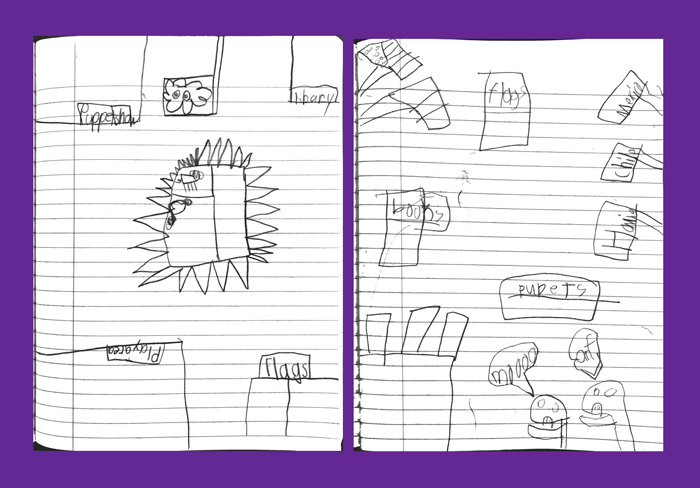 Each child took on a piece of the exhibit to design for our final mock-up. Our exhibit included an international market, a puppet theater with puppets representative of all skin tones and abilities; a library featuring folk tales and children’s stories from around the world; a game corner with games from around the world and finally a neighborhood made from different styles of home found in: Australia, Germany, Liberia, Mexico, Peru, and Thailand.

The students were proud of their work and we presented our exhibit idea to Mr. Mogard, Associate Director, at the Children’s Museum of South Dakota, for later consideration. As Mr. Mogard explained to the second-graders, exhibit fabrication can be a lengthy process and if the exhibit were to be selected, it would likely not be installed while the children were still in elementary school. After mulling this over, the thoughts of the students were best summed up by Sabrina, “This work is too important to keep to ourselves, even if we aren’t in elementary school anymore when the exhibit is built, I think people still need to see it.” 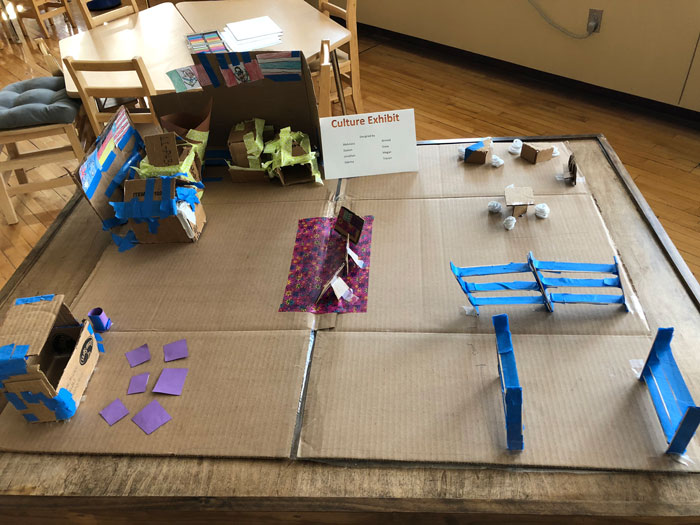 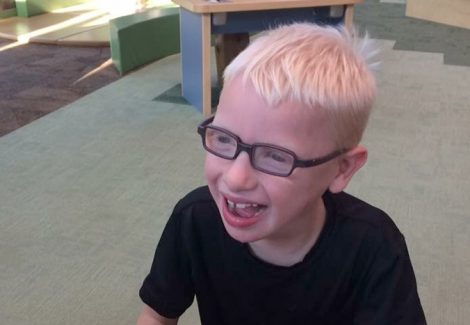